A big component of this project is to build the vehicle to look like the 1997 WRC Subaru Impreza Rally car. (Only mine will not feature the WRC decals and roof scoop.) This is hands down my all time favorite Impreza ever since first seeing Colin McRae’s iconic WRC Subaru on tv!

After doing research to figure out where I could source a WRC body kit I found 2 shops that made kits I really liked. ABW Motorsports in Coggeshall, England and Aerosim in Tustin, California. Both shops produce kits that look similar to the WRC widebody kit.

Aerosim’s 99′ Impreza looks incredible and I really wanted to purchase their kit after seeing their incredible track car. (This car was also featured in an issue of Super Street Magazine.)

At this time I was aiming to purchase the Aerosim kit since the shop is located closer to me in San Jose, Ca but Steve (from Aerosim) was in the middle of redoing his curing oven and had a 2-month waiting list for kits. So the decision to purchase from ABW Motorsports was a no brainer!

Took about 1 month from the time of purchase to receive the 60mm ABW Motorsports WRC widebody kit. The box was so big it had to be delivered by freight truck. Couldn’t wait to open this box up and inspect the quality of the kit.

After inspecting the kit I was incredibly thankful that there were no cracks or rough surfaces. The quality of the kit was pretty good! Can’t wait to get it mounted to the car and painted in the infamous World Rally Blue! 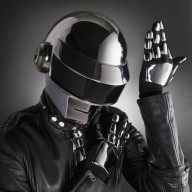 Join the discussion and tell us your opinion.

Hi, great car! I’m in the process of installing one of these kits and I have a question. With the way your side skirts are molded in are you unable to remove your front fenders?

Thanks! The body shop molded the side skirts to the body. However, the fenders can be removed.